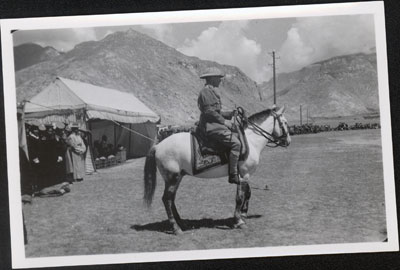 Brigadier Neame on horseback, inspecting troops at a military review near Trapshi held in September 1936. Spectators can be seen lining the parade ground in the background whilst Tibetan officials are seated and standing in and around a tent on the left