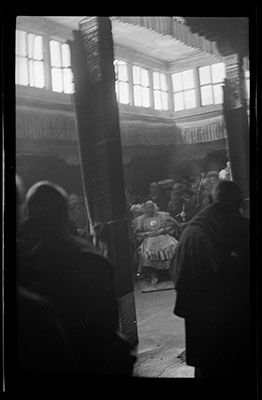 The Nechung Oracle seated in a chair shortly before going into a trance dressed in ceremonial clothes in the room of a building in the Sho area of Lhasa below the Potala. The occasion is the Sertreng festival on the 30th day of the second Tibetan month. The room with carved pillars is filled with monk and secular officials.