Nechung Oracle in trance for the Sertreng festival 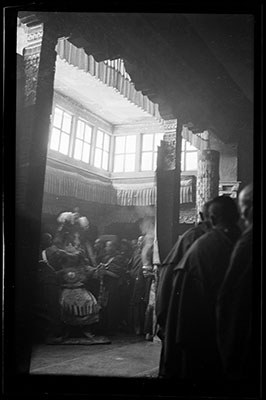 The Nechung Oracle in the room of a building in the Sho area of Lhasa below the Potala. He is entering into trance on the occasion of the Sertreng festival on the 30th day of the second Tibetan month. He is being attended by monks who are assisting him with his heavy headgear.