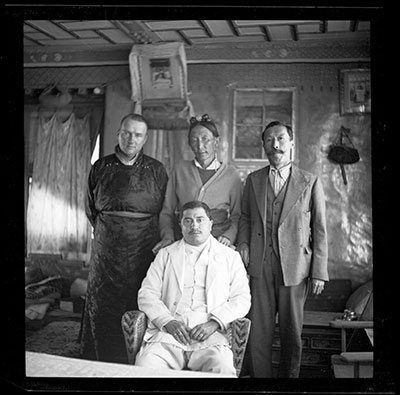 The Nepalese Representative in Lhasa, Major Bista, seated in a rattan chair with three men standing behind him (from left to right), Reginald Fox (in Tibetan dress), Tsoko (a Tibetan official) and Ditta Sahib, in a three-piece suit. The photograph is taken inside the room of a domestic building. There is a framed photograph on the wall above Fox's head and a bag hanging on the wall on the right.