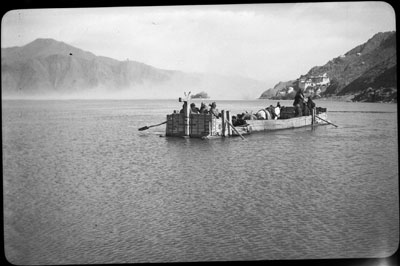 This flat bottomed ferry crossing the river at Chaksam