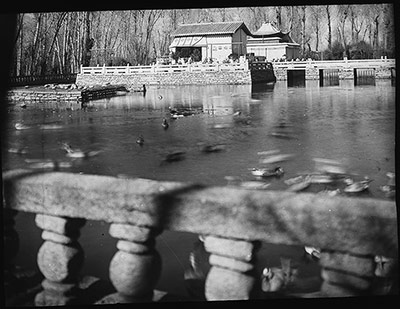 Notes on print/mount - '26 Jewel Park Lake' has been written on the surround in blue ink. This slide seems to have been used by Bell as slide 26 in a lantern lecture titled 'The Dalai Lama' [MS 19/8/2004]