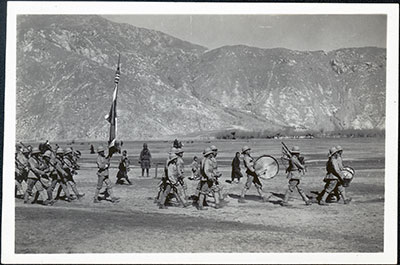 Notes on print/mount - The contact print has been made using Velox paper and the trade name in an oval can be seen on the back of the print, as can the batch development number '640' in red ink. 'F. S Chapman' has been written on the back along the bottom edge [MS 30/03/2006]