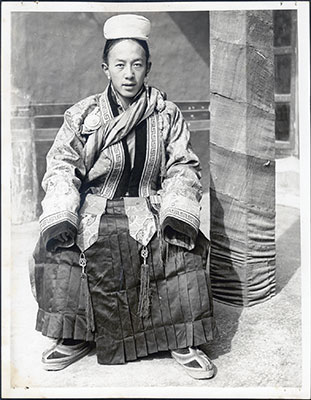 Notes on print/mount - 'Hugh Richardson but from" has been written on the back of the print in pencil. A sticker with the number '3' hand written in red ink has been stuck close to the top right hand corner [MS 30/03/2006]

Exhibition - This image appeared in the 2003 Temporary Exhibition at the Pitt Rivers "Seeing Lhasa: British Depictions of the Tibetan Capital 1936-1947".