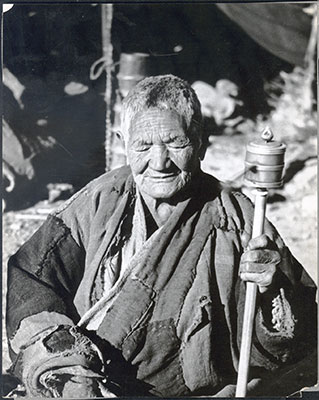 Woman ragyapa spinning a prayer wheel. Possibly has goitre. Tea churn in background. Taken in front of a tent. Woman is wearing heavily patched clothes. The spinning motion of the prayer wheel has been captured in the image.