Potala from the east with irrigation canal 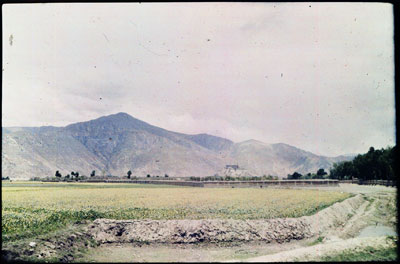 Potala from the east. There is an irrigation canal in the foreground and a flowering crop in a field to the left.