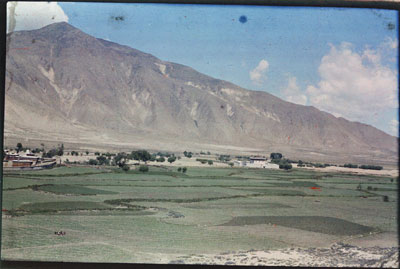 The monastery of Samye (bsam yas) at the foot of mountains in the valley of the Tsangpo river. There are cultivated fields in the foreground.