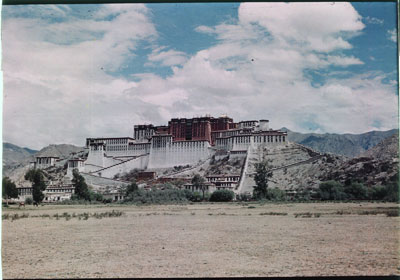 Lhasa > Potala (from the south)

The Potala taken fom the south the the Sho village at the base of the hill and a sandy plain in the foreground.