Taring family at the Gyantse Fort 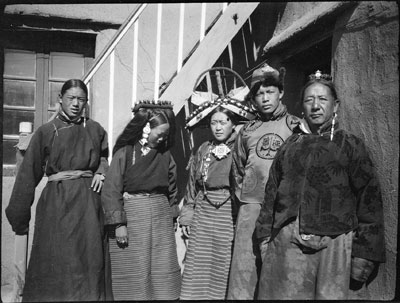