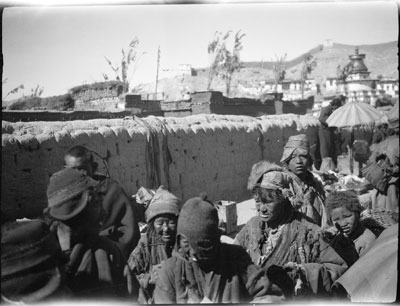 Notes on print/mount - One contact print made from this negative is contained in A. J. Hopkinson's negative case with the negative. The print was made using Velox paper. 'F.341 has been written on the back of the print in pencil, as well as in the rop right corner on the front of the negative [MS 11/08/2006]

Other Information - Description: [Extract from taped interview, Richard Blurton and Mrs Hopkinson] '41 - the bazaar in Gyantse - with the great chorten in the background' [MS 10/08/2006]