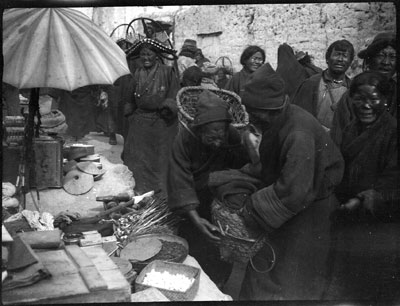 A street in Gyantse bazaar showing some of the stalls selling wool, roots and other goods in some detail. A woman wearing an elaborately decorated Gyantse-region hooped headdress watches the photographer while two women, one with an open-weave basket and the other with a smaller, close-weave basket make purchases