Skating on pond below Gyantse dzong 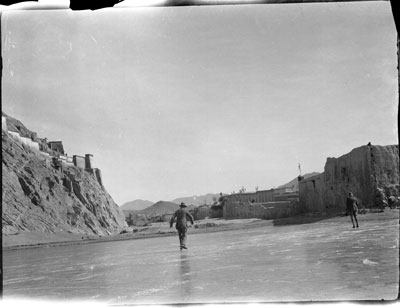 Skating on the pond below Gyantse dzong. Buildings on the side of the hill on which the dzong was situated can be seen on the left of the image.

In Negative - The right edge of the negative has been cut crudely when the frames have been divided. However, there is also a lot of damage to the top edge of the film, which appears related to damage within the camera [MS 31/07/2006]