Women on lingkhor outside Gyantse 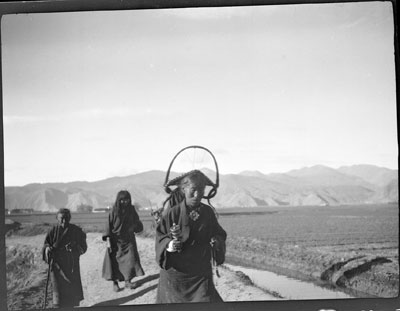 Three women, possibly two nuns and a lay woman wearing a large Gyantse region head dress, walking along the path that formed the Holy Circuit or Lingkhor around Gyantse and which went very close to the British Fort. The woman in the front is carrying a prayer wheel and has an amulet box at her neck. An irrigation channel can be seen running alongside the path on the right of the image