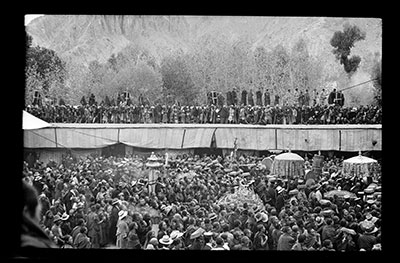 Courtyard packed with people for the Lhadur (Lha bsdur) at Nechung. Ceremonial umbrellas visible above crowds. There are spectators on the rooftops of surrounding buildings decorated with banners.