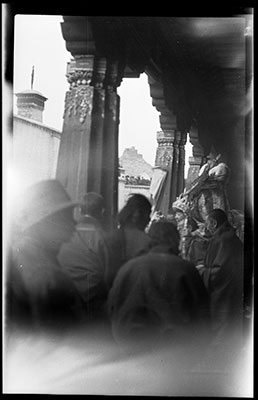 The Nechung Oracle being led out of the building in the Sho area of Lhasa where he went into trance on the occasion of the Sertreng festival. There are fine carved pillars on the front of this building. The Chakpori hill can be seen in the background.