Guardians of the Four Quarters at Sertreng festival 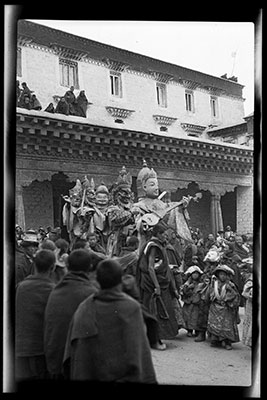 Paper mache figures of the Guardians of the four directions being carried on the shoulders of monks in the Sertreng procession which took place on the 30th day of the second Tibetan month. There are small monk masked dancers on the right of the image.