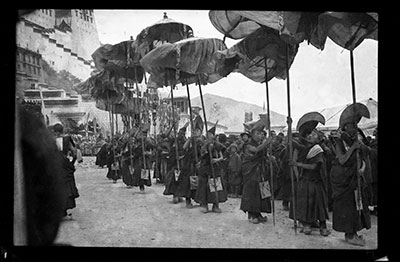 Monks carrying banners waiting in the procession below the Potala at the Sertreng festival held on the 30th day of the second Tibetan month.

Other Information - This image appeared in the 2003 Temporary Exhibition at the Pitt Rivers Museum "Seeing Lhasa: British Depictions of the Tibetan Capital 1936-1947".