Crowds at Potala and Koku banner at Sertreng ceremony 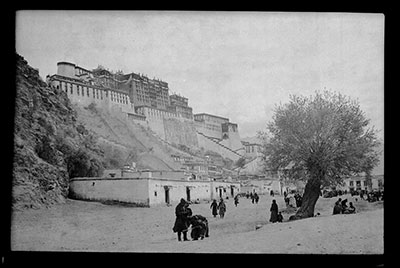 People on the outskirts of the Shol area of Lhasa below the Potala at the time of the Sertreng ceremony which took place on the 30th day of the second Tibetan month. The southern face of the Potala is decorated with the huge Koku "silk image" banner consisting of two panels.