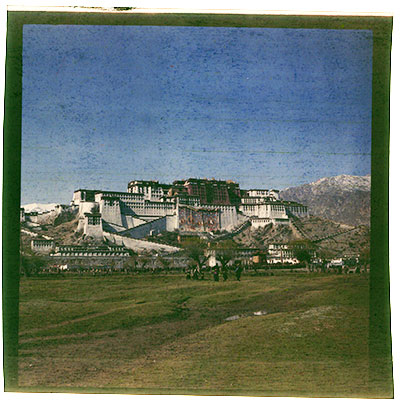 The Potala Palace taken from the south. There are two appliquéd banners, Koku, (gos sku) displayed on the wall on the face of the building. The Koku was displayed on the 30th day of the 2nd Tibetan month for the Sertreng ceremony (tshogs mchod ser spreng). The Shol area of Lhasa can be seen at the foot of the building and there are people on the grassy foreground.