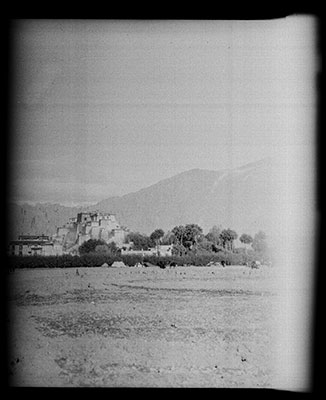 The Potala from the east with fields in the foreground and trees at the base of the hill.