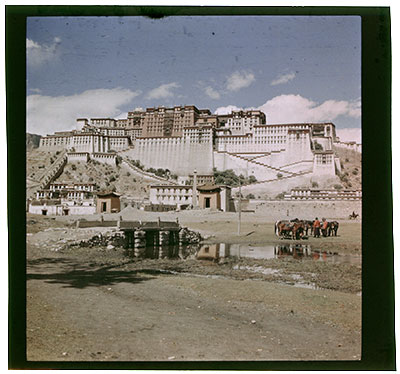 The Potala from the south with the Zhol settlement at its base. The Zhol pillar can clearly be seen.There is a stone bridge in the foreground and there are two men with horses on the right of the image.