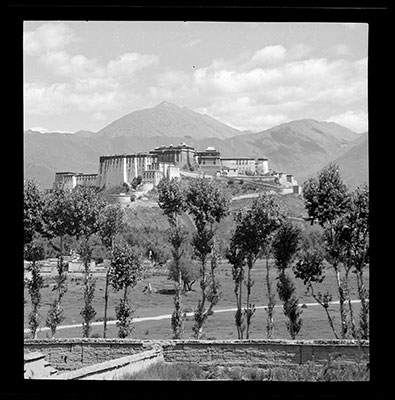 View of Potala from the north northeast. There are tall trees in the foreground and the boundary wall of the Lhalu mansion in front of them.

Other Information - Dates: Other prints in the collection with ‘609’ Red batch numbers have been identified as having been taken in 1c.1938 and there does seem to be a relationship between the batch numbers across different prints - although this relationship may be just between 6x9 and 6x4.5 images and needs to be further explored [MS 22/12/2005]