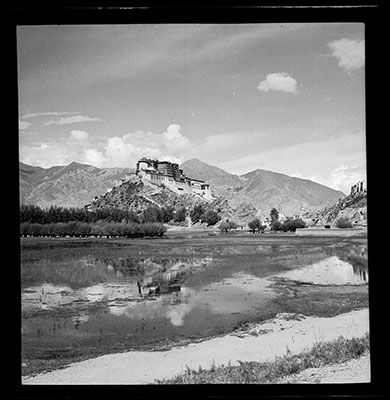 The Potala from the south west. Mountain range in background. The river Kyichu is in the foreground. The two chorten reliquary monuments which mark the western gate of Lhasa can just be seen in the centre right of the image.