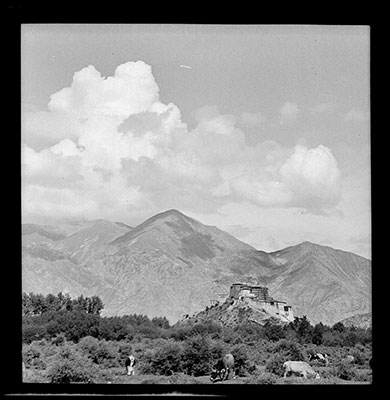 Potala from the west taken from Dekyi Lingka. Mountain range in background. There are cattle grazing in the foreground.