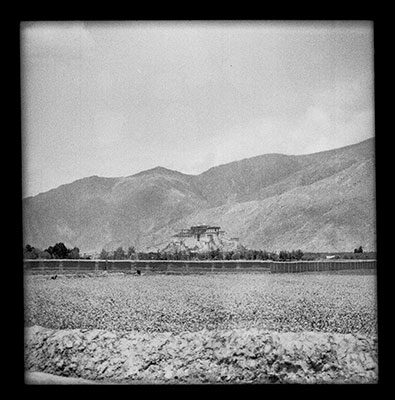 The Potala from the southeast. Fields in the foreground.