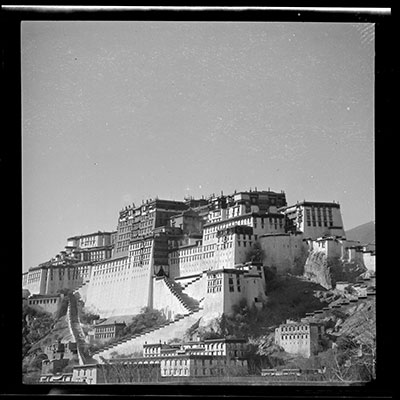 The Potala from the south east taken with a telephoto lens.