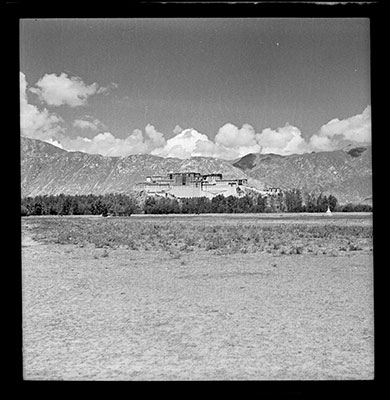 The Potala from the south. Mountain range in background. There is a small chorten reliquary monument (mchod rten) in the field on the right of the image.