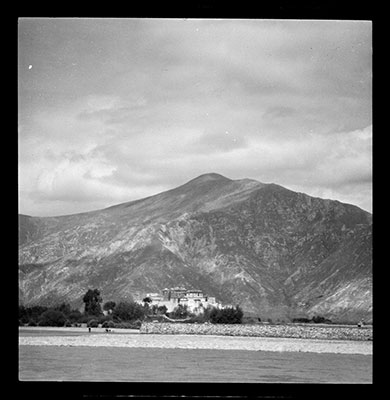 The Potala from the southeast. The river Kyichu is flowing in the foreground and there is a long wall in the centre of the image. Mountains in the background.