Liushar in the garden of Dekyi Lingka 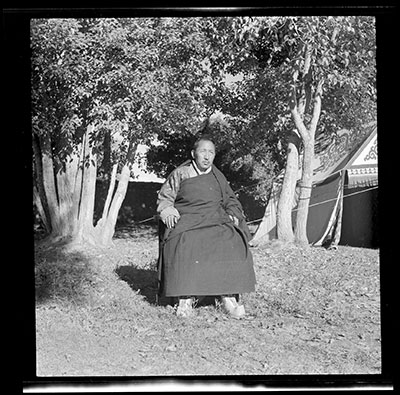 Liushar (sne'u shar) standing in the garden of Dekyi Lingka. He ie wearing monks robes, a silk undershirt and felt boots. There is an appliquéd Tibetan tent in the background and several fruit trees.