James Guthrie and Lobsang Samten beside a willow tree 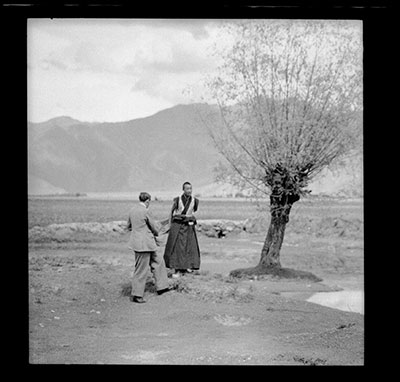 A monk Lobsang Samten and James Guthrie beside a willow tree in the countryside near Lhasa. Guthrie, who was the Civil Surgeon Bhutan and Tibet from 1945 onwards, is wearing a suit.