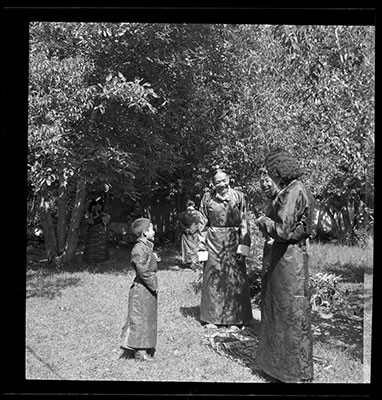 Tibetan guests at a reception including Phunkhang Tashi Dorje (centre) and his son and Gyatso. All are dressed in silk robes typical of the Lhasa aristocracy.