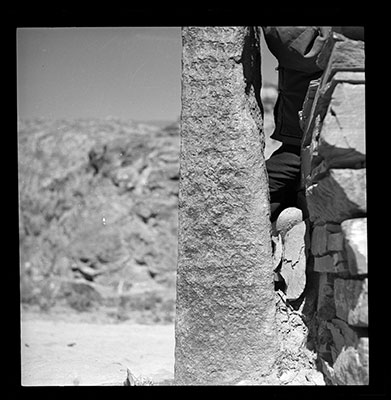 One of the Nyapso inscription pillars. Part of a mani wall may be seen to the right of it. The pillar is wedged with stones. There is man standing behind the wall.