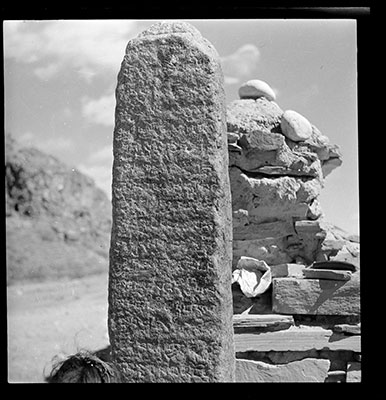 One of the Nyapso inscription pillars. Part of a mani wall may be seen behind it. The top of a person's head may be seen in the bottom left hand corner.