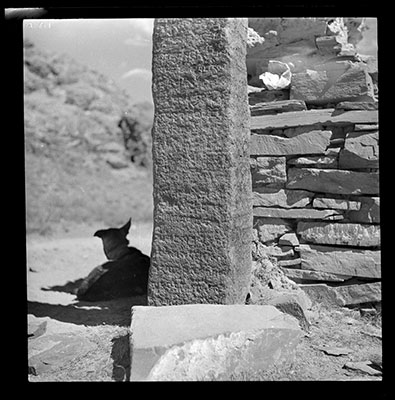 One of the Nyapso inscription pillars. The dressed stones on the right form part of the mani wall alongside the pillar.