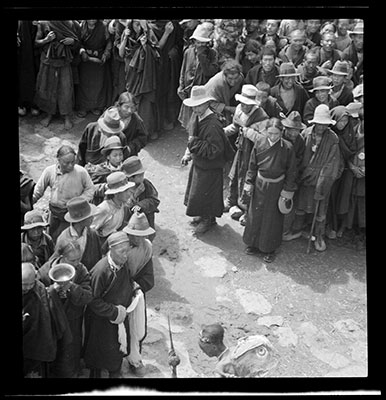 Crowd of people at Darpoling during the festival of Universal Peace ('dzam gling spyi bsang) which takes place on 15th Day of 5th Tibetan month. At the bottom of the image there is a man carrying a leather sack known as Udam (dbugs dam) said to contain the last breath of dying men. He is wearing a bowl-shaped hat and carrying a spear-like staff.