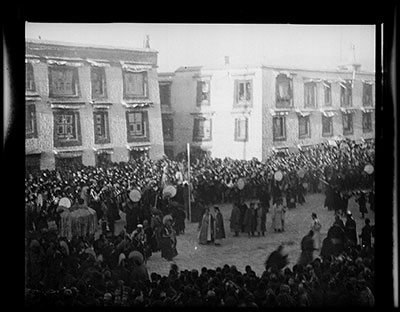 Crowds of monks and laypeople gathered for the Jampa Dendren (byams pa gdan dren) festival on the 25th day of the 1st Tibetan month in the Sungchora part of the Barkhor. There is a line of monks holding hand-held drums. The image is not clear because it was taken early in the morning.