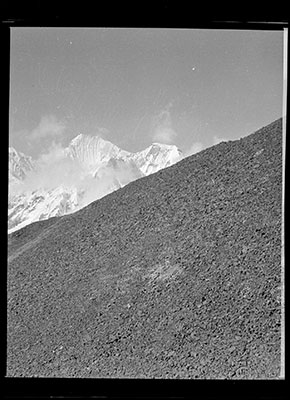 Snow-covered mountain range from Drum La with a shale covered montain in the foreground.