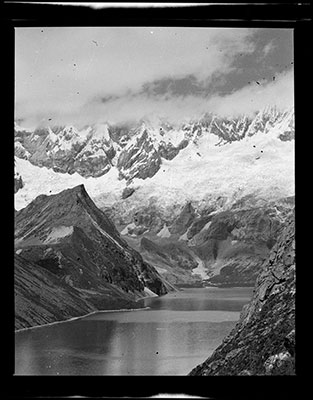 The waters of Pemaling tsho lake at the base of the snow-covered Kula Gangri mountain range.