The Kula Gangri range near the border with Bhutan 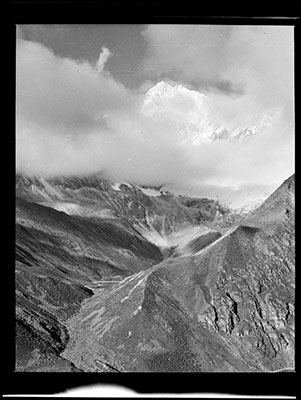