View of mountains from Trib La 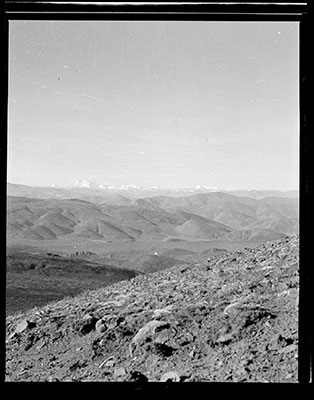 View from Trib La of snow-capped mountain range in far distance with rolling hills and valleys in middle ground.