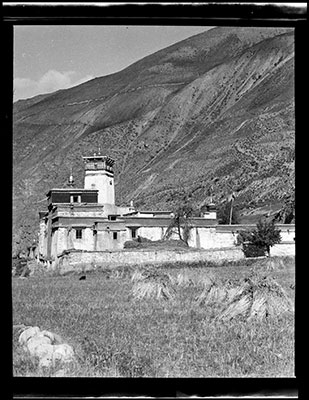 Sekhar Gutog (sras mkhar dgu thog) monastery in Lhodrag near the Bhutan border founded by Milarepa in the 11th century. The famous nine-storeyed tower can clearly be seen on the left. Harvested crops may be seen in the field in the foreground.