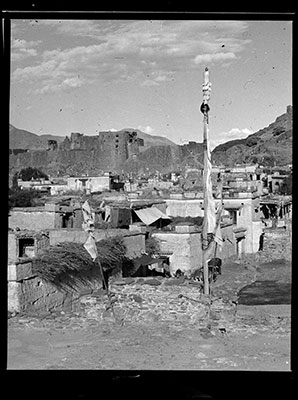 Settlement at the base of a building (Gongkar Dzong?) on a hill at Chidesho (skyid do shod). There is a tall prayerflag pole in the foreground. There is a large number of buildings in the settlement.