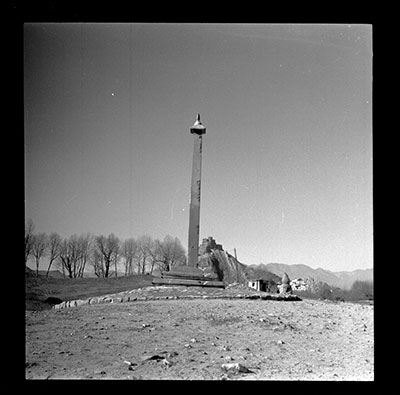 The tall Sho inscription doring (rdo rings) pillar. It was set up by a powerful minister to record his services to the king. It has a stone canopy topped by a carved finial representing the flaming wish-granting jewel. There are steps at the base and a further base laid out in bricks. Chakpori may be seen directly behind it and there are trees on the left.