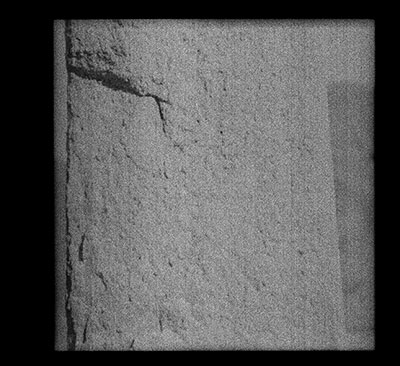 The ninth century pillar near the burial mound of Tride Srongtsen (khri lde srong brtsan) in the Chyongye ('phyong rgyas) valley west of the Yarlung valley. Cracks and damage may be seen on the left edge of the pillar.