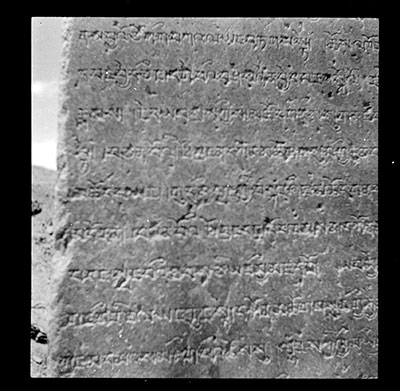 Part of the inscription pillar (rdo ring) at Karcung (skar cung) near Ramagang four miles from Lhasa south of the Kyichu river. Damage on the edges of the pillar can clearly be seen.