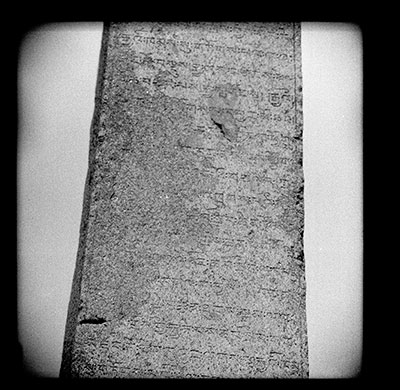 A middle section of the Sho inscription pillar, Lhasa with extensive damage on the left.